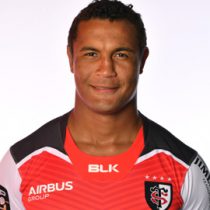 Originally from the Ivory Coast, the back rower started his career at Begles-Bordeaux but success came when he moved to Biarritz in 2004. Dusautoir won the TOP 14 final over Toulouse in 2006. After losing the Heineken Cup final to Munster in 2006 he moved to Toulouse.

His strength and tenaciousness led to a call up to his international debut against Romania in 2006. Fearless and extremely quick, Dusautoir is known for his incredible tackle count and work rate around the park. His most famous moment in the blue of France came a year after his debut in 2007, when he was part of the team that knocked out a seemingly unbeatable New Zealand side in the quarter final.

On that night Dusautoir made an astonishing 38 tackles, 2 more than the entire New Zealand side. Dusautoir's performances continued to improve for the national side, which led to him being named captain in 2009. 2011 saw him play in his second world cup, playing a starring role in France's march to the final where they lost narrowly to hosts New Zealand.

He was the second French player to be awarded the esteemed IRB Player of the Year in 2011 following that World Cup. 2015 will see him play in a third world cup, having been named in the 31-man squad for the Rugby World cup in England.

In April 2017, Toulouse captain Thierry Dusautoir has officially announced that he will retire at the end of the season bringing to an end an illustrious career.

The flanker has accumulated 80 Test caps for France, 56 of those as captain. He guided les Bleus to the 2011 World Cup Final as skipper.

2011 IRB International Player of the Year