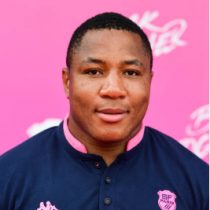 At the age of 18, Cameroon born forward Thierry Feuteu ventured to Morocco and climbed the highly fortified fence to Melilla in search of a better life in Spain.

Five years after setting foot in Europe for the first time, Feuteu was in the top flight of Spanish rugby with club side Alcobendas.

The man nicknamed 'Titi' grew up in Douala, Cameroon’s largest city, and started playing rugby in secondary school at the age of 11.

Starting as back rower, Feuteu has progressed rapidly moving to loosehead in 2017/18 and continued in that trend in 2018/19 before he was spotted by TOP14 club Stade Francais who he signed for ahead of the 2019/20 season.