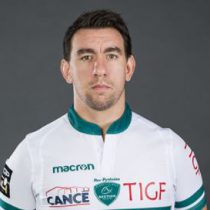 Bianchin began his career with Pro D2 side FC Grenoble in 2008 before moving on to Racing Metro 92 in 2011.

After two years with Racing, Bianchin was offered an opportunity to turn out for Montpellier, which he made his home until 2015 when he joined up with with Pau, where he currently plies his trade.