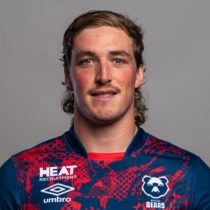 Eden made Nottingham debut at Yorkshire Carnegie back in February 2015 and went on to score 43 points, including seven conversions in a 49-32 victory over Moseley at The Bay.

He made five appearances for Nottingham Rugby during the last months of the 2014/15 season, where the club just missed out on a play-off spot.

He made 14 appearances for Warriors and was part of the side which won the British & Irish Cup in 2015.

The flyhaf moved to Greene King IPA Championship side Nottingham Rugby at the end of the 2018 season after four years at Sixways.

The Warriors Academy product had already had three spells playing for Nottingham on a dual registration deal over two seasons.

In January Eden signed a deal with Bristol and joined the club ahead of the 2018/19 season.