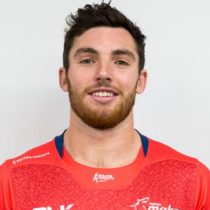 Originally from Central Otago, O'Malley moved to the Marlborough seaside town of Picton at the start of the year to take up a job as the Waitohi club's rugby development officer and to play for the division one side.

He played Heartland rugby for North Otago as a schoolboy in 2012.

His consistent play in the 10 jersey saw him included in the Tasman high-performance squad, training and playing under the eye of the Makos' coaches.

Towards the end of the club season, the Tasman management decided to let him try out for the Southland squad, a back-up option in case he missed the cut for the Makos.

After spending three weeks with Southland, he got the call from Tasman head coach Leon MacDonald, telling him he had made in the 32-man Makos squad and asked him to head back up north.

O'Malley became a regular fixture for Tasman helping the side to the side 2019 Mitre 10 Cup title before leaving for MLR side Utah Warriors.

A stint in Japan followed with NEC Green Rockets in 2020.

He heads into the 2020 Mitre 10 Cup season having made 29 appearances for Tasman Makos.