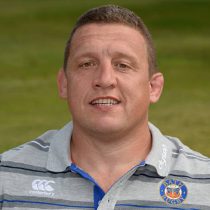 An experienced coach at the top level, Toby Booth has worked with multiple teams in England during his career.

Booth worked at London Irish while still assisting the England Saxons in 2007 as well as working in other youth levels of English Rugby.

Between 2008 and 2012, he guided the Irish exiles to Premiership and Challenge Cup finals and three successive Heineken Cup qualifications.

He later joined Harlequins in 2019 before being named as the new head coach for Ospreys on a three-year deal, starting in the summer of 2020.