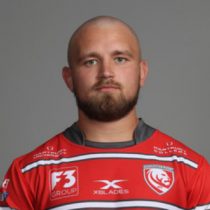 Gleave played his early rugby at East Grinstead where his father, Gavin Gleave, was the Director of Rugby and Haywards Heath RFC. He was previously part Bath academy before he joined London Scottish ahead of the 2014-15 season to play in the RFU Championship.

He played in National League 1 for Rosslyn Park, before being snapped up by London Irish ahead of the 2015/16 season.

Gleave signed for Gloucester from the 2018/19 season.

Todd made five senior appearances in the 2018/19 season and signed a new contract to remain at the club in the summer of 2019.