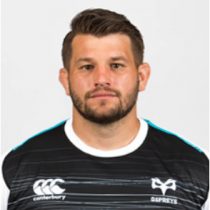 Another professional rugby to emerge from Paul Roos Gymnasium in Stellenbosch and the front row man announced himself to the rugby world in 2008 by making the SA Schools Academy team and representing the Sharks U19 the following year. 2010 brought the tighthead back to the Cape Town to start in the Western Province U21 team which won the U21 Currie Cup.

Success followed Botha again in 2012, winning the Vodacom Cup and getting his first Currie Cup cap. His talents being noticed abroad, Montpellier became the stomping ground for the young prop.

He returned to South Africa in June 2014 by joining Port Elizabeth-based side Eastern Province Kings on a short-term contract prior to their return to the Premier Division of the Currie Cup.

At the end of 2015, the worsening financial situation at the Eastern Province Kings resulted in all players' contracts being declared null and void, but Botha was one of the first 20 players that joined the Kings Super Rugby side in the 2016 Super Rugby season.

He joined the Cheetahs for the 2017 season having made 15 Super Rugby appearances since his debut in 2016.

The prop made 10 appearances for the Cheetahs during the 2017 Super Rugby season and by April he had featured in 16 of the Cheetahs first 19 matches in PRO 14.

In April 2018 Ospreys confirmed that Botha would join the Welsh side at the end of the 2017/18 season.

He playied 26 games in his first season at the Liberty Stadium, more than any other player.

In January 2020, Botha was handed a new two-year deal to extend his stay at the Ospreys.