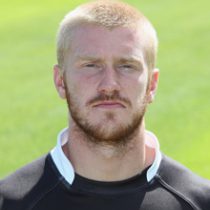 Catterick is a Newcastle Falcons Academy product whose natural ability to play fly-half is evident every time he steps onto the field, having shown potential while at Barnard Castle School, Catterick was drafted into the English under 16,18,19 and 20 squads.

In the 2009/10 season Catterick made his debut against Albi in the European Challenge Cup and returned to the squad in 2011 in a much more prominent role. Catterick is also a successful 7's player with Falcons, as he was part of the victorious 2013 Premiership Rugby 7's squad and captained the side a year later, earning the Man of the Round award in 2014.

Catterick retired from professional rugby at the end of the 2016/17 season.