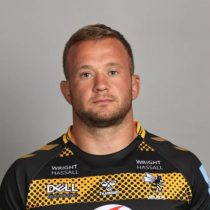 Cruse began his senior playing career at Stockport Rugby where his talent was apparent, earning him a place at the Sale Sharks Academy. After a season with Sale he signed for Rotherham.

Cruse was the stand-out hooker in the RFU Championship in the 2015 season while playing for Rotherham Titans, before signing with London Irish for the 2015/16 season.

In early March 2016, the hooker announced his move to Wasps for that season. Since then, Cruse has earned a reputation as one of the most mobile front row forwards in the Premiership. He scored 8 tries in his first 35 appearances.
The hooker made an impressive 28 appearances in the 2018/19 season, in which he went past 50 appearances for the club.

In February 2021, he signed a new deal committing his future to Wasps.