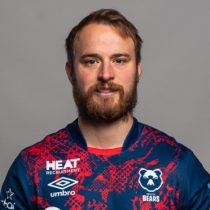 In 2018 he joined Coventry where he made 41 appearances before, nearing the end of the 2019/20 Premiership campaign, he firstly signed a short-term deal with Bristol Bears to conclude that season, and then a one-year contract with them for 2020/21.

After 16 appearances for Bristol, he left the club to rejoin Cornish Pirates in June 2021.