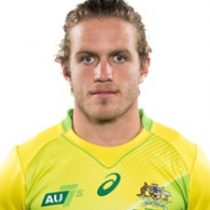 The Lucas family has given much to Australian Rugby with Tom Lucas being the brother of former Sevens player and Brumby Matt Lucas as well as former Queensland Reds scrumhalf Ben Lucas.

A member of Australian Rugby Union’s National Academy and part of Sunnybank's Sevens program during the 2012 season, Lucas was selected to play at the 2013 Oceania Men's Sevens Championships in Fiji and has gone on to be one of the most reliable and tireless performers in the national Sevens program. The youngest brother Isaac also represented the u20 side in 2018.

Starting off 2017 series strong, Lucas has been part of the squad who has gained three preseason Cup titles, having been in the squad now since 2013, Lucas is looking to add to his career points total of 209 as the squad moves into the 2017/2018 World Series Circuit.

In July 2018 he was included in the Australian Sevens squad for the 2018 Sevens World Cup.