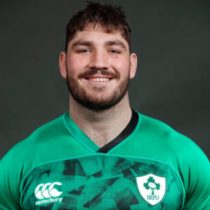 Born in Drogheda, O’Toole grew up in Australia, where he played for the Queensland Schoolboys before swapping life down under for Ulster and enrolling at Campbell College.

O’Toole first took to Gaelic football and soccer and played Aussie Rules when his family had settled in Brisbane.

He began to shine on the rugby pitch in Padua College, a school that has produced several high-profile AFL and NRL players. He played for a Reds development side and then the Queensland Schoolboys in 2015.

Tom enrolled at Campbell College before moving into the Ulster Academy, while playing his club rugby with Banbridge in the AIL 1B.

Considered as one of the finest prospects in the Ulster set-up, having impressed in his first few appearances for the province’s ‘A’ side.

He was selected for the Ireland U20's squad during the 2018 Six Nations Championship & impressed at the tournament.

He followed up an impressive end to the 2017-18 season by going on to make a further 18 senior appearances in the following year, earning himself a senior contract in the summer of 2019.

His contract at Ulster advanced to a senior contract from the 2019-20 season until June 2022.

Having yet to make his test debut, O'Toole was included in the Six Nations squad ahead of the 2021 season.