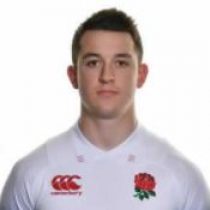 Parton attended Wellington College where he studied for an International Baccalaureate Diploma.

He has captained the U18 Academy side against Exeter Chiefs, has represented England U 17 and was Wellington’s vice-captain in the 2015/16 season and players’ player of the year.

In January 2017, he was included in the England U20 team for the U20 Six Nations as an injury replacement.

Parton starting the opening U20 matches in the 2017 Six Nations against France and Wales.

He scored tries against Italy in the 64th and 80th minutes at Darlington and also started all five matches at full back in the World Rugby U20 Championship in Georgia.

Now a member of the London Irish senior squad and has been called up to the England squad again in 2018.