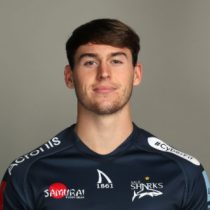 He continued his try scoring with England U18s from 2018 into 2019, scoring against both Scotland and France in 2018.

The winger made his U18s debut against France in the Aon International Series in South Africa, also scoring twice against South Africa in the final game of the tour.

He appeared for the Sale Sharks at Worcester in the Premiership Rugby Cup in October 2019.