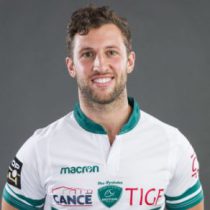 Taylor joined the Crusaders squad in 2012 after being involved in the wider training squad in 2011. He had an outstanding debut season, taking goal kicking duties while Dan Carter recovered from an injury sustained during the world cup and establishing himself as one of the most accurate boots in the competition. He has also been part of the Canterbury provincial team in its last two championship winning seasons, and was also involved in the 2009 New Zealand Under 20 championship side.