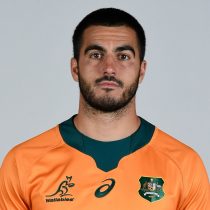 A schoolboy rugby prodigy, Tom Wright was one of the most sought-after rugby and rugby league prospects following his performances for his school team, St. Joseph’s College.

The Randwick born star possesses electric pace, an incredible step and an eye for the try-line. Wright was persuaded to take up league signing for the Manly Sea Eagles and made his NRL debut for the club in Round 10, 2018 against the Brisbane Broncos.

Tipped as a bolter for the Aussie Sevens Rio Olympic team in 2016, Wright turned down the offer of a Sevens contract to take up a position at the Sea Eagles and was an instant success making his first-grade debut in the 2017/18 season against the Brisbane Broncos, and scoring one try in his five appearances.

However, it didn’t take long for the Rugby-league star to make the transition back to Union with the Brumbies. In September 2018 Wright joined rugby union club, the ACT Brumbies on a two-year deal.

Capable across the backline, Wright has yet to nail down a position at the Brumbies, but with his unique gift for beating players in tight space, no matter where he plays, he is a dangerous threat. Wright showed that versatility playing at outside centre and on the wing for the Canberra Vikings in the NRC.

The gifted and versatile player featured in 13 of the Brumbies 18 Super Rugby matches in 2019 scoring three tries but looked even more impressive at the start of the 2020 season scoring 4 tries in 5 matches before the season was placed on hold.

Wright made his test debut in 2020 against the All Blacks in Brisbane scoring with his first touch in Test rugby. He end 2020 with three test caps but didn't add to his first try.

By 10 June 2021, the livewire talent had scored 16 tries in his 35 appearances in Brumbies colours. Wright re-signed with the club and Rugby Australia for a further two seasons until the end of the 2023 season.