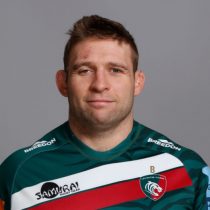 The Norwich-born Youngs initially broke into the club’s senior programme as a centre after representing England at both Under-19 level and on the World Rugby Sevens Series circuit, before making the successful transition into the front row.

The move has served him well and he toured with England to South Africa in 2012. He also has sevens experience with England, playing for his country in the RB World Series in Dubai in November 2007. Youngs was selected to start at hooker for England vs Fiji on Saturday 10th November.


He has eclipsed the highly-rated Dylan Hartley in Stuart Lancaster’s affections. Youngs has certainly proved at the Tigers that he can be part of an effective front-row in partnership with Dan Cole and Marcos Ayerza. He impressed in a dominant England team in the recent 6 Nations which just fell short at the final hurdle of a Grand Slam, and this led to his selection for the 2013 British and Irish Lions squad.


The combative hooker enjoyed some stellar performances in the warm up games of that tour, which led to his selection as the starting test hooker for the opening two tests of the series.

Despite being dropped to the bench for the third test, Youngs played a large part in what was ultimately a successful tour. In the build-up to the World Cup, Youngs appeared in 2 games for England and made a very impressive 33 tackles, while only missing 3.

This performance earned the hooker a spot in Lancaster's English squad for the 2015 RWC. He was appointed as captain of the Leicester Tigers ahead of the 2016/17 season.

In March 2020, he signed a new deal to remain at the club he made his debut for as a 19-year-old and has since racked up 189 appearances for.