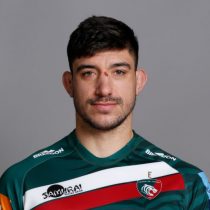 Born in Buenos Aires, Lavanini represented Argentina U20 in the IRB Junior World Championship after starting his career with Pampas XV.

He made his senior debut against Uruguay in 2013 & was called into The Rugby Championship squad as injury cover.

Tipping the scales at 130kg, Lavanini joined up with Jaguares for the 2016 Super Rugby season & became a leading presence in the side.

Whether on the gain-line, at the breakdown or in the lineout, he disrupts to fine effect. Lavanini was named in Los Pumas squad for the 2017 November series having won 35 caps.

Lavanini made 19 appearances in his first season.