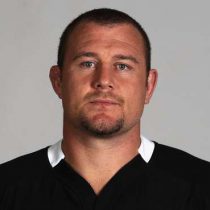 Woodcock has played for the All Blacks since 2002. He is now the most capped All Black prop of all time, and is the second most capped player in Blues history, behind Keven Mealamu. After 113 appearances for the Blues, he joined the Highlanders for the 2013 Super Rugby season. Woodcock has a reputation for playing as much rugby as possible. In 2005 he played in the first eleven of the twelve All Black test matches that year. From 2001–2004, he played in every match for North Harbour, except for the first two matches of 2004 due to being on All Black duty, and in 2002 and 2003, he played the full eighty minutes of every game for North Harbour. In 2006, he requested and received permission from the All Black coaching staff to return a week early from his enforced rest due to All Black duty, to play in North Harbour's Ranfurly Shield challenge against Canterbury, a match that North Harbour won 21–17, making them the Ranfurly Shield holders for the first time. With over 110 International appearances and 9 tries for the All Blacks, Woodcock, is still part of Hansen's plans and was selected for the 2015 Rugby Championship & wider RWC squad