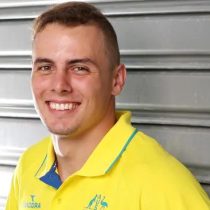 Nicknamed 'Quadzilla', Trae Williams enjoyed a stellar track career as a 100-metre sprinter and was part of Australia’s Track and Field team for the 2018 Commonwealth Games.

Educated at the St John's Anglican College, Williams played rugby union and rugby league as a schoolboy and considered playing for the Brisbane Broncos in the National Rugby League before focussing on a career in athletics.

He is the fourth fastest Australian of all time, with a personal best of 10.1 seconds clocked on 16 February 2018 at the 2018 National Athletics Championships on the Gold Coast.

Having retired from sprinting, Williams turned his attention to his next sporting venture as he returned one of his former passions, rugby, signing a two-year deal with the Aussie Sevens.

Williams is set to be the quickest man in rugby with his PB of 10.1 seconds being faster than Carlin Isles.