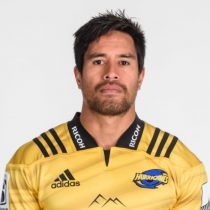 Renata made his Super Rugby debut for the Chiefs during the 2010 Super 14 season, scoring 10 points in 2 games whilst a member of the franchise's Wider Training Group.

An injury crisis in the Highlanders camp ahead of the 2013 Super Rugby season saw him named as a late replacement for Declan O'Donnell in the Dunedin side's main squad. Renata has previously represented both New Zealand Under 20 and the Māori All Blacks

In September 2017, Renata signed former Highlanders first-five Renata. He had been plying his trade for Italian first-division club Mogliano for the last two seasons and will link up with his old Waikato coach Chris Gibbes in the capital for the 2017 Mitre 10 Cup season.

Along with 66 caps for Waikato, Renata has also played for Otago and Tasman, while his Super Rugby experience includes 12 matches for the Highlanders and two for the Chiefs.

Renata was part of the Hurricanes wider training squad ahead of the 2018 Super Rugby season.