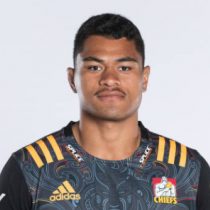 After a good showing for the Taranaki U19's in 2018 he made his way into the senior training group where he made his Mitre 10 Cup debut.

He went into the 2020 Mitre 10 Cup having made 9 appearances for Taranaki.

In October 2020, he was named in the All Blacks squad to play Australia in the opening Bledisloe Cup.