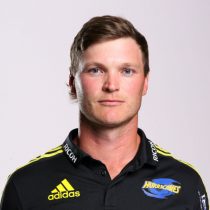 Having captained the New Zealand Under-20s to victory in the 2010 IRB Junior World Championship, talented playmaker Tyler Bleyendaal linked up with the Crusaders.

He went on to play 33 games for Canterbury and broke into the Crusaders side in 2012. Bleyendaal joined Munster from the Crusaders in late January 2015.

It was during the 2016/17 season that supporters saw the full extent of Tyler’s capabilities as he started 25 of his 27 appearances, picked up four man-of-the-match awards, and was instrumental in guiding the province to the Champions Cup and PRO12 semi-finals.

The flyhalf made a return from the injury on 29 April 2015, starting for Munster A in their friendly against Ulster. Bleyendaal captained Munster for the first time, leading the side in the 2016–17 Pro12 fixture against Edinburgh in 2017.

He signed a contract extension with Munster in February 2019, a deal that will see him remain with the province until at least June 2021 but in May 2020 after 62 appearances for Munster and 377 points, Bleyendaal called time on his career on medical grounds due to a neck injury.