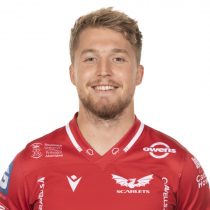 Previously having played for Newport RFC, the Newport Gwent Dragon signed a dual contract with the WRU & Dragons at the end of 2014. Having scored 2 tries in 9 appearances for the Welsh u20 side, Morgan was selected for the Wales 2015 6 Nations Senior Squad in January of that year.

Morgan made his Dragons debut in November 2013 at aged 18 before being included in an extended Welsh 2015 World Cup squad. He won two of his three caps at the 2015 World Cup, and played for Wales against the Chiefs on their summer tour to New Zealand and was named in the squad for the autumn internationals.

He made his Test debut against Ireland in a World Cup warm-up match in 2015 and featured against Fiji and South Africa during the global tournament. His last cap came against Tonga at the Principality Stadium in 2018.

He made just six regional appearances but in the 2017 season, he played 15 times for the Dragons, two shy of the tally he set two years beore in his first full campaign with the seniors.

Having made 89 appearances for Dragons scoring 60 points, Morgan left the side to join the Scarlets