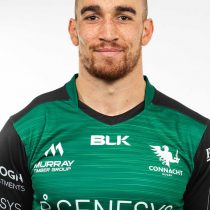 Born in Paris, Dillane is an Irish lock who has a massive career ahead of him. Starting his career in local club Tralee RFC, Dillane was involved in the Munster setup at a young age. However, in 2012 he left for pastures new and joined Galway Corinthians and the Connacht academy.

After a stellar 2015/16 campaign, Joe Schmidt named the uncapped lock in his 2016 6 Nations squad. Came off the bench to make his test debut against England at Twickenham in the 2016 RBS 6 Nations round 3, and came off the bench in all rounds.

The powerful ball carrier signed a two-year contract extension with Connacht in October 2016, after 34 appearances. He was named in the Ireland squad for the November Internationals, with the second row making a massive impact off the bench in the victory over New Zealand in Chicago.

Dillane started against Canada at the Aviva Stadium and was named man of the match after a stunning display which ended with 12 carries, 10 tackles and a try to end off his stellar performance.

He was named in the Ireland squad for the 2018 Six Nations after 11 caps for the national team.

He did not feature for Ireland during the 2018 Six Nations but did play a full 80 minutes in the Barbarians historic victory over England at Twickenham.

In January 2019, Dillane became the latest player to commit his future to Connacht by signing a two-year contract extension that would keep him at the Sportsground up to the end of the 2020/21 season.

Dillane cemented his name for the Six Nations 2020 Ireland squad, and added to his 14 caps.

In December 2021, he announced that he would leave the club after signing a deal overseas.