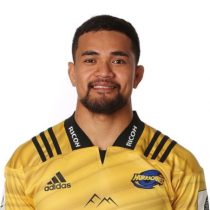 Fifita attended Tonga College on the larger island of Tongatapu and while there earned selection for the Tonga Schools side ahead of their tour to New Zealand.

After graduating high school, he spent time with former All Black number eight Murray Mexted at his international rugby academy in Palmerston North.

The flanker was called up to midway through the Super Rugby campaign and debuted in a 29–5 victory over the Blues in Auckland.

On 27 June 2017, Fifita started at blindside flanker for the Hurricanes against the touring British and Irish Lions.

He was given his first test start on 9 September 2017, against Argentina at Taranaki in the 2017 Rugby Championship.

The year 2018 proved to be a frustrating period for Fifita who suffered a number of injuries and struggled for regular game time.

Heading into the 2020 season, he has 57 Super Rugby appearances for the Hurricanes with 40 points.