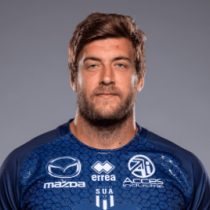 Born in Moissac, Moreaux moved to Ariège at a young age and later started rugby at the age of 14 when he was convinced by a friend to leave football due to his big size.

He went on to play for Rugby Pays d'Olmes in Lavelanet, France as a number 8.

The following year he was selected to represent French little clubs Ariège and Midi-Pyrénées, before catching the eye of elite clubs.

Moreaux then moved to Toulouse, signing for Jolimont before getting picked up by Castres.