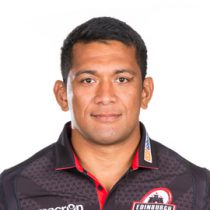 After agreeing to move from New Zealand provincial side North Harbour and linking up with Sale Sharks in 2013, Tongan back-row Fihaki left Sale in July 2016 and moved to Edinburgh on a two-year deal.

In July 2017, Edinburgh announced that Viliami Fihaki will leave the club. Fihaki made his Edinburgh debut against Leinster in the third round of the last league season, but was not a regular and played for Watsonians quite a bit in the Premiership.