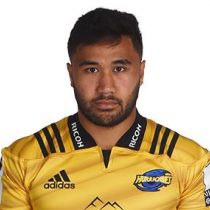 He attended St Peter's College in his hometown where he played first XV rugby.

He also started working his way towards a Bachelor of Human Studies degree at the Victoria University of Wellington while also working a part-time job as a builder.

Aso was a New Zealand Schools representative in 2012 and later went on to be a member of the New Zealand Under-20 sides which competed in the 2014 IRB Junior World Championship and 2015 World Rugby Under 20 Championship.

He debuted for Auckland during the 2013 ITM Cup and scored 4 tries in 7 appearances at a young age of 18.

Aso was named in the Hurricanes squad for the 2015 Super Rugby season at the age of 20 with only 10 provincial appearances.

His first game for the Hurricanes was a 52 - 10 hammering away to the Brumbies.

He made a massive impact during his third year of Super Rugby and finished as the Hurricanes second leading try scorer with 14.

In 2019, he signed for Mitre 10 Cup side Wellington Lions, and went on to the 2020 edition of the tournament having made 11 appearances for the side, scoring 25 points.