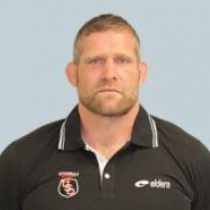 The prop started his professional career for the Belgian club Stade Rochelais in 2001 until he moved over to Perpignan in 2002. After a fruitful 5 years with 77 appearances he left to sign for Agen. He moved to Clermont in 2008 winning the 2010 Top 14. Debaty has since become a mainstay in the Clermont side, amassing 171 caps in a storied club career so far. Impressive displays for first Agen and then Clermont, saw Debaty called up to the French national side in 2006. Injuries and competition has seen him in and out of the French international set up since then, but 2015 saw him selected for the final 31-man 2015 Rugby World cup squad.