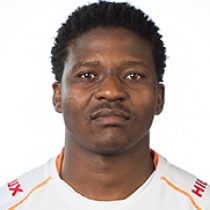 Born in Krugersdorp, Jobo started his rugby career as a junior at the Lions. He represented the Johannesburg team at U16, U18, U19 and U21 levels, and also featured for UJ during the Varsity Cup.

He then moved to Cape Town, where he played two seasons of the Varsity Cup for UCT and Vodacom Cup for Western Province, before signing for the Cheetahs in 2014.

Jobo spent two years with the Bloemfontein based side before joining the Eastern Province Kings for the 2016 season.


Jobo took the opportunity to move to America where he linked up with club side Austin Blacks and subsequently earned a contract with Nola Gold for the inaugural MLR season in 2018/19.