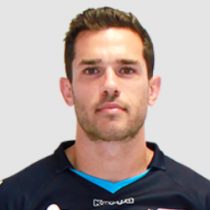 Martin spent two seasons at Toulon from 2012 and was named in the France 30-man squad for the 2012 autumn internationals by coach Philippe Saint-André.

2014 saw him sign a deal with Lyon, where he only spent a season before penning a new contract with Oyonnax.

Montpellier was impressed with the flyhalf's skills and signed him in 2016.