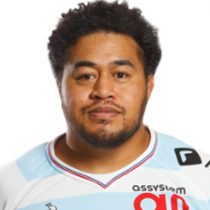 Wellington-born Avei, who has played for the Reds and Waikato in the past, joined UBB in the 2010/11 season and soon became a fan favourite.

After claiming 24 caps for his country, the hooker put pen to paper on a new two-year deal that will keep him in France until 2019.