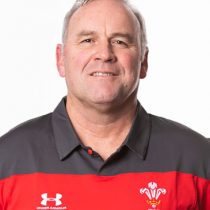 A former sworn officer in the New Zealand Police, Wayne Pivac played his early rugby at Rosmini College and then Westlake Boys High School before turning out for North Harbour while he was a policeman.

During his playing days Pivac represented North Harbour 24 times scoring 8 points between 1985 and 1987.

Pivac began coaching at Takapuna before spending two seasons with North Harbour's second XV, then Northland, the province his father represented. Pivac coached Northland to National Provincial Championship Second Division success in 1997 and earned them promotion to the First Division the following year. Pivac then coached Auckland to win the NPC in 2002 and again in 2003, as well as the Ranfurly Shield. Pivac was voted New Zealand Rugby Union Coach of the Year in 2003.

Following his move back to New Zealand from Fiji, Pivac was appointed coach of North Harbour in the same month. After a disappointing season with North Harbour, Pivac stepped down as coach in 2008 and was replaced by Craig Dowd and Jeff Wilson. Pivac succeeded Mark Anscombe as the Auckland coach in the ITM Cup.

Pivac joined the Scarlets in July 2014 as an assistant coach, however, due to the departure of Simon Easterby. Pivac was appointed the head coach role in August 2014. Working alongside Stephen Jones and Byron Hayward he developed a style and a team that was able to lead his side to a stunning Guinness PRO12 title in 2017, which was secured with a six try, 46-22 win over Munster in Dublin, and secured their first major trophy for 13 years. A second final the following year and a Heineken Champions Cup semi-final.

In October 2017, Pivac committed his future to the club until at least the end of 2019-20 season. In July 2018, Wales Rugby Union announced that Pivac would succeed Warren Gatland as the Wales Head Coach following the conclusion of the 2019 Rugby World Cup.

Pivac became the 23rd man to lead Wales with his first game in charge for Wales a non-international match against the Barbarians, on 30th November 2019 which was Warren Gatland's final game at the Principality. Wales won the match 43-33. In his first Six Nations match as head coach, Wales beat Italy 42-0 in Cardiff.