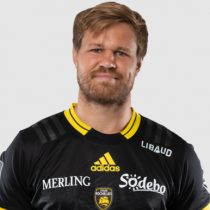 Schooled at Drostdy HTS, Liebenberg made the South African U18 High-Performance Schools team in 2010 whilst representing Boland.

Signing with the Bulls, the flanker went on to represent the province at U19 & U21 levels before cracking the Vodacom Cup and Pretoria University team in 2012.

Outstanding performances in both competitions earned Wian a call up to the IRB Junior World Championship and captained the Baby Boks to victory. A Currie Cup debut in late 2012 wrapped off an amazing year for the Boland man.

In May 2015, Jake White brought Liebenberg to MHR along with 5 other Saffas. In March 2016, he signed a new long-term deal with the club until 2019, joining the professional team as a result.

As of the 2018/2019 Champions Cup, Liebenberg has had 11 European Cups appearances scoring 1 try and 5 points.

In December Liebenberg joined La Rochelle as a medical joker.

As of September 2020, he has made 36 appearances for the Yellow and Black and has scored 35 points.