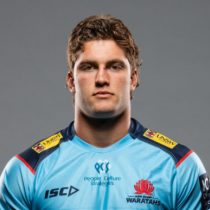 An emerging back row prospect, Harris was named in the Junior Wallabies squad for the 2019 World Rugby U20s Championship. After a starring stint with the u20s Harris also familiarise himself with the next level earning seven caps with the NSW Country Eagles in the NRC.

Harris cut his teeth in NSW Rugby by joining Eastern Suburbs in 2019 playing alongside a number of his future Waratahs' teammates in the likes of Alex Newsome, Jack Maddocks and Mack Mason.

Coming in at 105kg and 194cm, Harris presents a real threat around lineout time as a jumper, offers a strong carry and strengthens ruck defence.

He enters his debut Super Rugby season in 2020 with the Waratahs.