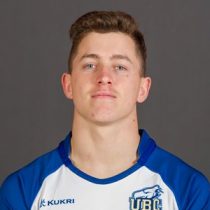 William Percillier was a standout for Canada’s u20 side for two years (2017 & 2018) catching the eye of Top 14 club Stade Francais he who he signed a senior academy contract with until at least the end of the 2021-22 season.

After being called into the senior Canadian side in 2018 for the Americas Rugby Championship he won two caps as a replacement.

Born in Bordeaux to a French father and Canadian mother, Percillier spent much of his youth in Hong Kong and Singapore before moving to Vancouver Island where he attended Brentwood College.

He would play age-grade club rugby for Capilano and then for the UBC Thunderbirds in the CDI Premier League before making the jump to France.