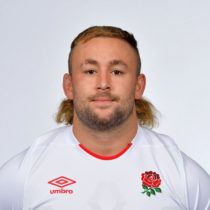 Stuart, from Lower Chute, was named in the England U20 Elite Development Group that competed in the 2016 U20 Six Nations.

The tighthead prop made his first-team debut for the Coventry-based side in the 2017/18 season after featuring in England’s triumphant World Rugby U20 Championship.

Whilst playing school first XV rugby, he was scouted by Wasps and signed a professional contract with the club where he became part of their full time academy set up.

He joined Bath Rugby having come through ranks in the Wasps Academy. The hugely talented prospect added to his growing reputation in the Blue, Black and White and after a superb start to his career at the Rec he earned an England call up by Eddie Jones and was named in the 2020 Six Nations Squad.

At the time of his call up, he had racked up 12 appearances for Bath in his first season at the club.