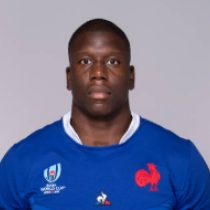 After playing in the French Pro D2 league at a young age, Toulouse signed the talented flanker in 2013. After a good start to the 2015 season he was selected for the preliminary French squad ahead of the 2016 Six Nations.

He made his international debut against Italy in the 2016 Six Nations and has since become a regular squad member in the French national team.

Despite missing out on selection in the 2017 6 Nations Camara was named in the France squad to face South Africa in a three-match series where he added to his 3 test caps.

Having represented France on 6 occasions, Camara was named in the national team's 2018 Six Nations squad.

He was also named for the 2019 Six Nations squad having had 8 previous 6 Nations appearances.