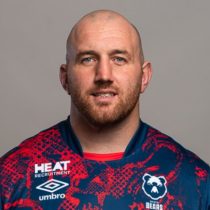 At the age of 24, Yann Thomas joined the Gloucester Rugby Academy from West Country rivals Bristol before the 2008-9 season and impressed enough to earn a senior deal.

Made his full senior debut for the club in the LV= Cup in 2009-10. Yann featured more frequently for the first team in 2010-11 and picked up an LV= Cup winners medal in March.

Has continued to develop his game ever since, and became a key part of the first team squad, making 33 appearances in the 2014/15 season, and winning the European Rugby Challenge Cup before going on to make 22 more appearances in 2015-16 and going past the 100 appearance mark for the club.

At the end of the 2016/17 season Thomas headed to France where he represented Fédérale 1 outfit, Stade Rouennais.

In January 2018 he signed a deal with Bristol that saw him represent his hometown club from the 2018/19 season.