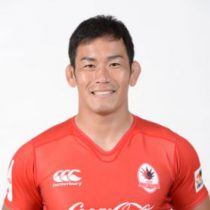 Kuwazuru was part of the squad that played at the 2014 Hong Kong Sevens and won the World Series Qualifier for the 2014–15 Sevens World Series.

He captained the squad that won the 2015 ARFU Men's Sevens Championships, and was then selected to lead Japan's national rugby sevens team at the 2016 Summer Olympics.