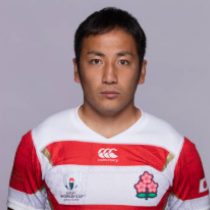 Nagare made his debut for Japan in their win over Hong Kong at the 2017 Asia Cup, impressing the Japanese coaches.

He was awarded for his good form with a call up to the June International squad for their fixtures with Ireland and Romania, looking to add to his 4 caps.

His form with the national side and Sungoliath lead to him being contracted with the Sunwolves for the 2018 Super Rugby season.

He was named in Japan's 31-man squad for the Rugby World Cup and has made 23 appearance as the side heads into the quarter finals of the tournament.