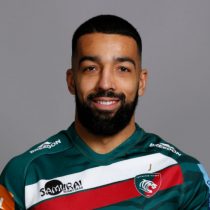 English-born Zack Henry spent two seasons at Rouen Normandie Rugby under the guidance of former England scrum-half Richard Hill after graduating from Bath University and was part of Team GB’s silver-medal team at the World University Games in 2015.

A goal-kicker with experience in midfield as well as at fly-half, Henry signed for Leicester Tigers after an impressive spell with USO Nevers in France.