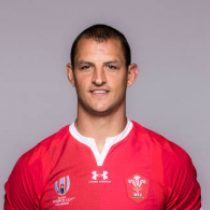 A talented flanker who was part of an eligibility tug of war between Wales and Scotland in 2011. Shingler, who was born in England, was eligible for Scotland through his Scottish born mother and Wales by virtue of the fact he was born there.

Eventually, the IRB ruled that Shingler could not switch his eligibility from Wales to Scotland as he had already represented Wales at Sevens level.

Ironically, he made his Welsh debut against Scotland in 2012. Shingler, in his youth, was a very talented cricketer and represented England’s under 19 cricket team on one occasion.

The tall flanker began the 2016-17 season with 132 appearances already under his belt.

The former Glamorgan cricketer was recalled to the Wales squad for the summer tour to New Zealand and Samoa earlier three years after his last appearance, on the summer tour of 2014 against South Africa.

The flanker featured in three of the four Autumn Series fixtures starting against Australia, New Zealand and South Africa.

In December 2017, Shingler signed a new contract with Scarlets, having been at the club for the best part of a decade and amassed 170 appearances in the regional jersey scoring 19 tries.

In January he was named in the Wales 6 Nations squad, entering the competition with 13 Tests for Wales.

Ahead of the 2020 Six Nations, Shingler was once again named for the Wales squad with a total of 26 caps.