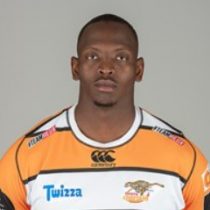 A talented and versatile forward, Nonkontwana is more than capable in the second-rower with tonnes of aggression as well as being a strong back-rower.

He represented SA Schools for consecutive years in 2012 and 2013 and in 2014 he was selected for in South Africa U20s squad for the IRB Junior World Championship.

He also represented Border at primary school level, playing for their Under-13 side at the Craven Week competition in 2008. He also played for them in the 2011 Under-16 Grant Khomo Week.

In 2012, Nonkontwana moved to Pretoria to enroll at St. Alban's College. Here, he was selected in the 2012 South African Schools side, making one appearance for them against Wales in George.

After appearing for the Blue Bulls at the Under-18 Craven Week competition in 2013, he was again selected in that season's South African Schools side, playing in their match against France.

He represented the Bulls at youth level and was once again selected to represent his country at the IRB Junior World Championship.

2016 saw the youngster make his Currie Cup debut and he was selected in the Bulls 2017 Super Rugby squad. He made his Super Rugby debut off the bench against the Lions. In May 2018, he signed a new deal to remain with the Bulls until the year 2019.

He then made a permanent move to the Cheetahs and has represented the side in the Currie Cup and PRO14.

He returned to Pretoria for the 2020 Super Rugby season before bidding the side farewell in 2020.

In September 2020, he signed a two-year deal with Ealing Trailfinders.