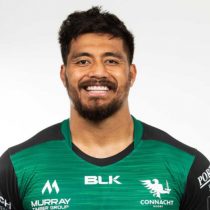 Papalii played his junior rugby league for the Glenora Bears and Pt Chevalier Pirates as well as rugby union for the Massey Rugby Club and North Harbour Rugby, before being signed by the New Zealand Warriors.

In November 2014, he signed a 2-year contract with the Sydney Roosters starting in 2015. He made his NRL debut in 2016 against the South Sydney Rabbitohs before joining Lézignan Sangliers in the premier French Rugby League competition, Elite One Championship.

In 2019 he joined Bay of Plenty where he was a key member of the squad that won the Mitre 10 Cup Championship.

After 11 games with the Irish province, Papali'i signed a contract extension with Connacht for the 2021-22 season.