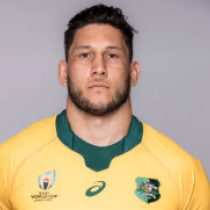 Coleman attended New Town High School in Hobart Tasmania. He represented Tasmania in under 14s, 16s and 18s. He played under 18s at the national championships and was then selected in the combined states team that lost to Queensland in the final of the division one championship.

Coleman was spotted by the ACT Brumbies Academy and moved to Canberra in 2010. In 2011 Coleman is selected in the national academy and moves to Sydney to sign with Shute Shield team Parramatta Two Blues. Coleman earned his big break in senior rugby during the 2013 Super Rugby season when he was called up to the Waratahs squad for their match against the Western Force. The encounter took place during the 2013 British and Irish Lions tour to Australia and the Waratahs were ravaged by international call-ups. Nonetheless they were able to triumph 28-13 with Coleman debuting as a 70th-minute substitute for Will Skelton.

He made no further appearances that season, and moved west for 2014 and was named as a member of the Force's extended playing squad.

Coleman made his starting debut for the Western Force on Good Friday 18 April 2014 at AAMI Park against the Melbourne Rebels.

He does have family connections to Australian Rugby, with former Wallaby prop, Rodney Blake, being his cousin.

In November 2017, he signed a two-year deal with Rugby Australia and the Melbourne Rebels until the end of 2019. May 2019 saw him sign a deal with London Irish. Following his Rugby World Cup selection he had 33 Wallaby Caps