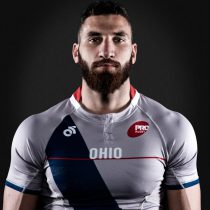 Harajly played for the USA Sevens Wellington tour as a recruitment standout in January 2015. He also represented Ohio in the US PRO Rugby competition.

He quickly became a capped national team member making his international debut in 7s in 2015.

Harajly played with the Ohio Aviators before garnering time with the US 15s development team, the USA Selects in 2016.

Throughout his rugby journey, he has been managing a full-time job as a dialysis technician while studying for a degree from Henry Ford College.

In August 2019, he signed a deal with New England Free Jacks.