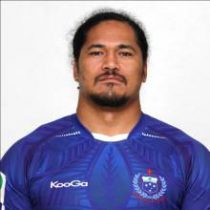 Alesana, who is one of six rugby-playing brothers including England international Manu, was an integral part of the Leicester team that won the Premiership in 2007, 2009 and 2010.

He has also previously played for Newcastle Falcons and Japanese club Shining Arcs de Chiba before being signed by Toulon in January 2017 as an injury replacement for Vincent Clerc, who was ruled out for 5 months after rupturing his left Achilles tendon.